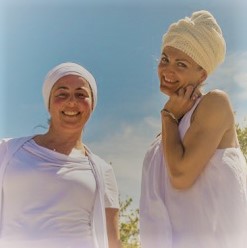 Yogi Bhajan dedicated more than 20 years to directly teaching women in what were known as the Women in Training (or Women’s Camp) Notes.

He spent up to 8 weeks every year teaching solely to women. Yogi Bhajan viewed men and women from the point of view of polarity.

He delivered what women needed to know about themselves – and about men – in order to be graceful and successful in their work, their relationships and their families.

He said that the Aquarian Age would not manifest until all women were respected around the world. These teachings are the seed to the transformation necessary for all women everywhere.

“A woman’s inborn capacity to excel is 16 times more than a man’s. If she just has self-esteem that she’s a woman, there’s no power on Earth that can make her do wrong. Woman is priceless.”  Yogi Bhajan

Saturday 20 May 2017
5:30 AM – Kundalini Yoga Aquarian Sadhana
followed by breakfast and a day full of activities, Kundalini Yoga and animation based on the subject:

The Identity of a Woman in the Age of Aquarius

Vegetarian lunch, dinner and complementary water & snacks will be included.

Vegetarian lunch will be included.

Please note that the agenda is subject to change. 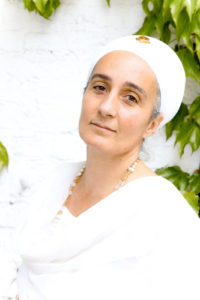 Avtar Kaur has been walking on the path of the Spiritual Journey of a Woman every day since her first meeting with Yogi Bhajan in 1998, and thrives to invite and accompany other women on this path of discovery of oneself every time she is given this opportunity.
Simultaneously was the meeting with Shiv Charan Singh and the magical discovery of Karam Kriya, the study of numbers through life and life through numbers: One of these “one in a lifetime moments” which revealed a long lasting love story with the numbers and a deep sense of destiny.
Her way to express her gratitude naturally turned into sharing the blessings that she received with others, in becoming a Kundalini Yoga Teacher, then a Kundalini Yoga Teacher Trainer, a Karam Kriya consultant and trainer.
She holds workshops based on Kundalini Yoga and Karam Kriya about pregnancy at the European Yoga Festival since 2004, at the French Yoga Festival, and on the true nature of Women in France and Germany. She also served the community in organizing events such as the Karam Kriya International Women’s Camps, the  European Khalsa Council in Frankfort, and several concerts Tours for artists such as Snatam Kaur, Satkirin Kaur and Mirabai, in Germany, in 2009, 11 and 13.
From the shores of the French Riviera where she was born to the green hills near Frankfort where she lives with her family, Avtar has always follow the thread of the possible human, in accordance to Yogi Bhajan’s quote “we are not spiritual beings having a  spiritual experience but spiritual being having a human experience”. 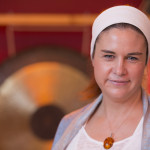 Melanie Reid started practicing Kundalini Yoga in 2013, when she was suffering from burn-out and depression. Melanie believes that you do not land in a Kundalini Yoga class by chance. Out of the many forms of yoga, Kundalini Yoga is the most comprehensive of all traditions. It fundamentally changes you.

In 2015, she decided to leave her career in marketing and become Kundalini Yoga Teacher and life-coach, founding ELATE Wellbeing Luxembourg as a place for holistic healing. Melanie is trained by Cherdi Kaala International IKYTA certified Teacher Training as part of the Karam Kriya School founded by Shiv Charan Singh.

Her spiritual name is Nam Hari Kaur, which means the kind and creative princess/lioness who meditates upon the Name of God with all her heart. 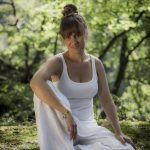 Patricia Peribáñez from Kundalini Yoga Luxembourg will join the “I am a Woman” retreat as a guest teacher. She is a Spanish Kundalini yogi in Luxembourg who started her blissful discovery of Kundalini Yoga in 2009, after a year of changes and challenges. She firmly believes that Kundalini can teach you something new every day in your life and transform you completely. Patricia trained at Gobinde Yoga School (at Mukande Ubuntu headquarters in Madrid) with Siri Tapa Kaur. She is certified as Kundalini Yoga teacher by Yoga Prem International Association and European Yoga Alliance.