It is nearly that time of the year again. Christmas is around the corner, and we have nearly completed a full year of monthly Newsletters.

That is one whole year of free life coaching hacks and useful infotainment each month! I trust that you have enjoyed reading some, if not all of them, and even found inspiration. We are all human and share emotions such as discomfort, joy, love, anxiety, worry… and sometimes, it takes more than a friend to help you get rid of the story. You need expert’s advice.

Here is another one for you: GUILT.
Do you feel guilty sometimes? Don’t. It’s awful.

I am not talking about guilty in the sense of justice, standing straight for a crime. I mean the plain old guilt emotion like when you haven’t been to the gym and ate a dozen cookies instead. Worse, you ate them on the sofa watching TV, oh dear 😉

Oh yes, I feel it! Why do you think that I figured we needed to talk about it in the November edition? 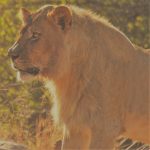 Did you know that in Africa, the term “Big Five” refers to the five most dangerous, yet most popular wild animals to look out for? Lion, elephant, buffalo, leopard, and rhinoceros. Beautiful, fearless and feared.

Much like them, the Big Five emotions (guilt, impatience, fear, worry and shame) are powerful, yes and somewhat dangerous. They can numb you. Torture you. Disempower you. Paralyse you.

Guilt is always an additional unnecessary sin that we add on to the first mistake we make. The procedure of a wise man is to forgive himself for the mistake and not make the second mistake of feeling the crippling guilt. Yogi Bhajan

The Walk of Shame 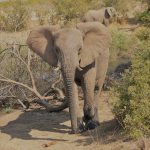 Guilt is a restrictive emotion that keeps you in a cycle of self-punishment.

The Merriam-Webster dictionary refers guilt to “feelings of culpability especially for imagined offenses or from a sense of inadequacy (self-reproach).”

Psychology Today says: “Guilt and its handmaiden, shame, can paralyze us – or catalyse us into action.”

Shame is the most powerful, master emotion. It’s the fear that we’re not good enough. Brené Brown

Thou shalt be punished 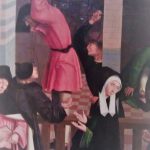 You are punishing yourself for something you think inappropriate. However, this does not necessarily mean that you actually did something improper.

Negative emotions like loneliness, envy, and guilt have an important role to play in a happy life; they’re big, flashing signs that something needs to change. Gretchen Rubin

Un-guilt yourself
First of all, feeling guilt is awful. Don’t. If you are being too harsh on yourself, why not try being more gentle instead? Next, if you require some guidance, here are some of my top tips:

Live up to it 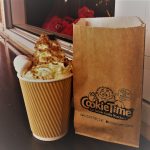 Guilt is a feeling. It will probably serve you less trying to fight it rather than to accept its existence. Surrender, acknowledge that it is there in that present moment. It’s an email from your mind. You’ve done something you are supposed to consider. What is it implying? So, you did not go to the gym. So, you ate the cookie. You know what? Been there, done that 🙂

Brené Brown says that guilt is actually adaptive and helpful. It helps you to see that you have done something that goes against your own moral standard. Brown has been studying shame, fear, and vulnerability for over 12 years. She advocates vulnerability as being a power rather than a weakness. Have you watched her TED talk on vulnerability yet? Allow yourself to experience shame and guilt. It’s okay. 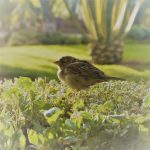 Your mind must not intrigue you and entrance you into its intrigues. The mind must serve you. The mind has to be developed to give you supportive strength. There is no reason to be unhappy other than the pain you get from the results of these intrigues. Yogi Bhajan

Encounter every situation with your total consciousness, without any guilt. Enjoy music, enjoy food, enjoy love — enjoy everything that is natural. Osho 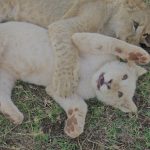 Your mind has its own nature, virtues, and mechanisms. It has both a Positive and a Negative Mind. Let it have the swings and polarities that come with the play of its parts, but do not allow it to confront you. Train it instead. If you try to train your mind by confronting your ego and desires, it only causes pain. Train the mind by directing it to confront your unlimited soul. The mind will be elevated, and you will be elevated. That consistent projection and training is called a permanent state of bliss.

In Conclusion
Guilt, as with the other emotions that you experience, is a projection of the mind. Your mind is your projection. Every problem in life starts when you confront your own mind. If your mind is with you, it acts as your leverage, it is your powerful friend. Then you can confront the whole world. Claim your power over your mind, then you will claim the power over your emotions.

Emancipate yourself from mental slavery; none but ourselves can free our minds. Bob Marley

Man jeetai jag jeet
One who conquers his mind has victory over the entire world.

One thought on “Guilt & The Big Five Emotions”